Information on regular swimming schedules of the SSE can be found here.

How to get to the SSE! (Arrival)

The SSE is one of the most modern pools worldwide. Originally built for the Olympic application of Berlin in 2000, the pool forms a unity with the adjacent Velodrom. Both competition venues are connected below ground. 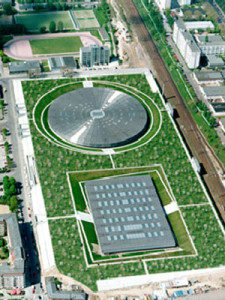 Special Feature: If you don not know the venue and approach it from the Alexanderplatz, you will probably drive by, even though it is the biggest indoor swimming pool of Europe. Both, the SSE and the Velodrom are predominantly built under ground, surrounded by a great park area with hundreds of apple trees. The area has a size of approximately 30,000 square meters.

On the inside, the SSE comes up with Olympic dimensions:

In addition, the SSE has a training / warm-up pool, a teaching pool, a therapy pool, two paddling pools and a hot tub.

In addition to the Water Polo World Cup, numerous other swimming events took place in the SSE, including the FINA Swimming World Cup as well as the European Championships 2002 and 2014.

Impressions of the competition hall: 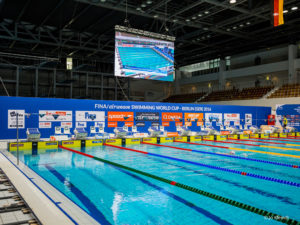 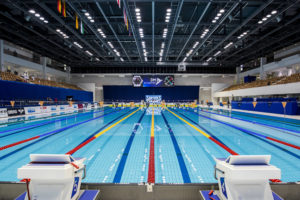 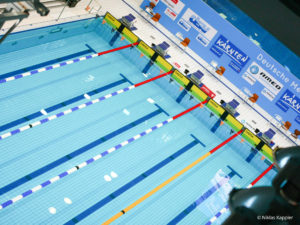